Nautical Structures specializes in the design and manufacture of individually-built exceptional passerelles. Each passerelle is built to order and to the exacting standards of the client. No two are necessarily produced exactly alike as each vessel we build for tends to be unique. The passerelles are available in any one of a number of configurations, including telescoping, folding, folding with a telescoping section, and the self-leveling ‘Jack-knife’ style.

Rugged aluminum alloy construction and attention to the finer details is what differentiates the Nautical Structures passerelle from that of all other manufacturers. The exceptional quality and value of your vessel has now extended all the way to the dock as the passerelle is typically the primary entranceway onto your yacht. Quality features include: Watertight enclosure fabricated in either steel or aluminum alloy, Self-Propelled Deployment, without the use of belts or gears, hydraulic luffing and slewing, the ability to self-support its weight above the dock while passengers are boarding with very minimal deflection, mandrel-bent Hoop-Style stainless steel hand-rails, traditional seamed teak walking surfaces, LED lighting hand-laid into the teak, wireless re-mote control, call-bell/intercom/security system, hydraulic automation including self-support and float-feature, and automated hydraulic transom door.

Single or double telescoping sections that allow adjustment of plank’s deployed length and permit the plank to fit into shorter enclosure lengths.

This is an example of Nautical Structures’ innovation: the integrated swim platform—mounted passerelle is easily deployed for boarding and also doubles as a convenient tender dock while your vessel is anchored out.

Jack-Knife Design, this style surface mounts onto the transom or aft seating of a vessel, or integrating into the swim-platform when stowed. A self-leveling end section allows for comfortable boarding from the dock. Also very useful used as a tender-dock while on the hook!

From your first step onto your Nautical Structures Passerelle you know that you have arrived back on board in the comfort and style to which you are accustomed. The exceptional quality and value of your vessel has now extended all the way to the dock as the passerelle is typically the primary entrance way onto your yacht.

Additional features may include:

Float Allows the passerelle to be deployed onto the dock with the benefit of dock-wheels. The passerelle is capable of moving with the tide and with the vessel on its spring-lines.

Seamed Teak Decking A style feature that enhances the look and style of the passerelle, and adds the sure-footing of teak battens.

LED Lighting For the ultimate finishing touch. This option integrates lighting strips into the teak-decking option. The Passerelle’s elegance is stunningly obvious in the evening hours with the subtle contrast of light emitting from the teak walking surface.

Hydraulic Transom Door Closes the aft-end of the watertight enclosure with perfect integration with the transom. Multiple hinge designs allow for the great variety of transom shapes and boarding gates.

A few of our past projects 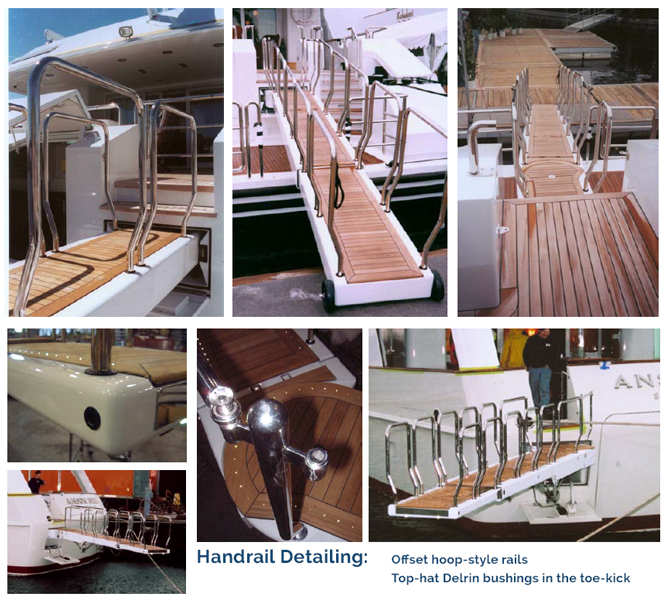 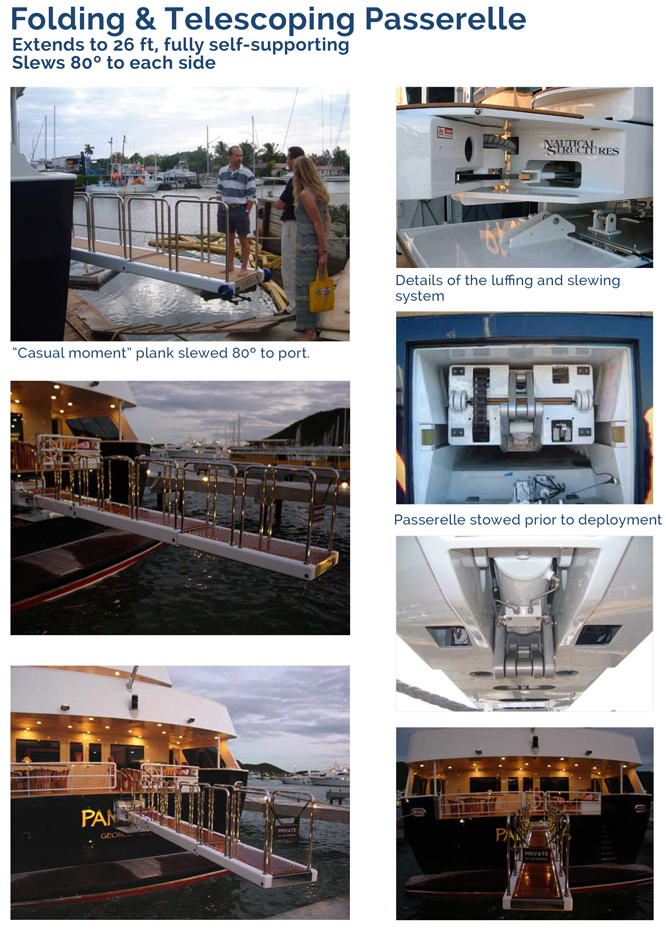 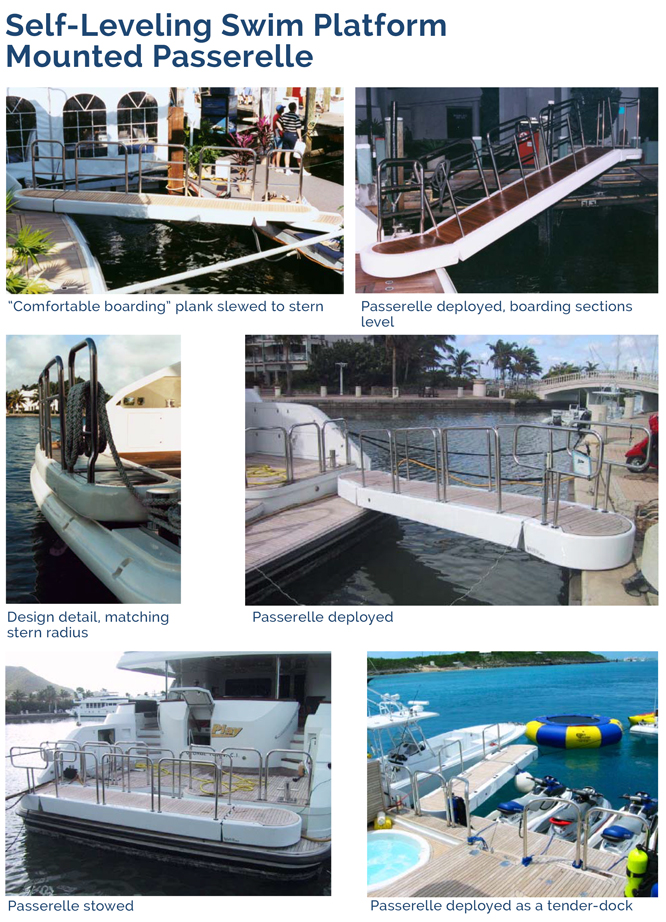 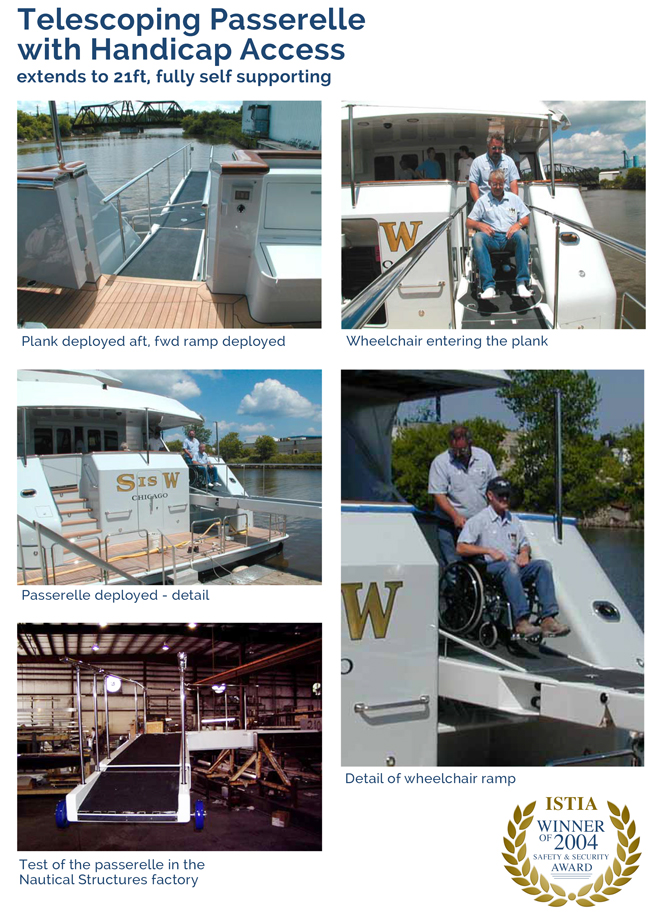